The Automatic Transcription System has been developed for text control and configuration and is initially used in Medical opinion, while being developed for lawyer’s use as well. InDigital has an array of 10 Servers for uninterrupted operation of the system. At the same time, there is continuous training in the vocabulary for the creation of voice commands and the correct configuration of the text. The success rate in voice recognition is over 95% and the continuous research and adaptation of the System is expected to be improved shortly.

Automatic vocabulary training with the ability to convert corrected text so that the same mistakes are not repeated again.

Continuous training of the speech recognition engine by company engineers

System Security: Data is encrypted and allowed to be used by registered users only. No data needs to be stored on InDigital servers.

There is a specific application of statistics so as to provide detailed statistics of system usage data.

Each user is uniquely identified by the system (authentication) and many users can use the system.

The website and application supports Unicode meaning that the content can be in many languages (Greek, English, etc.)

Users can use the platform through a mobile phone meeting the necessary requirements (mobile recording, transcription via the platform, use of transcribed text in various ways, eg Email). 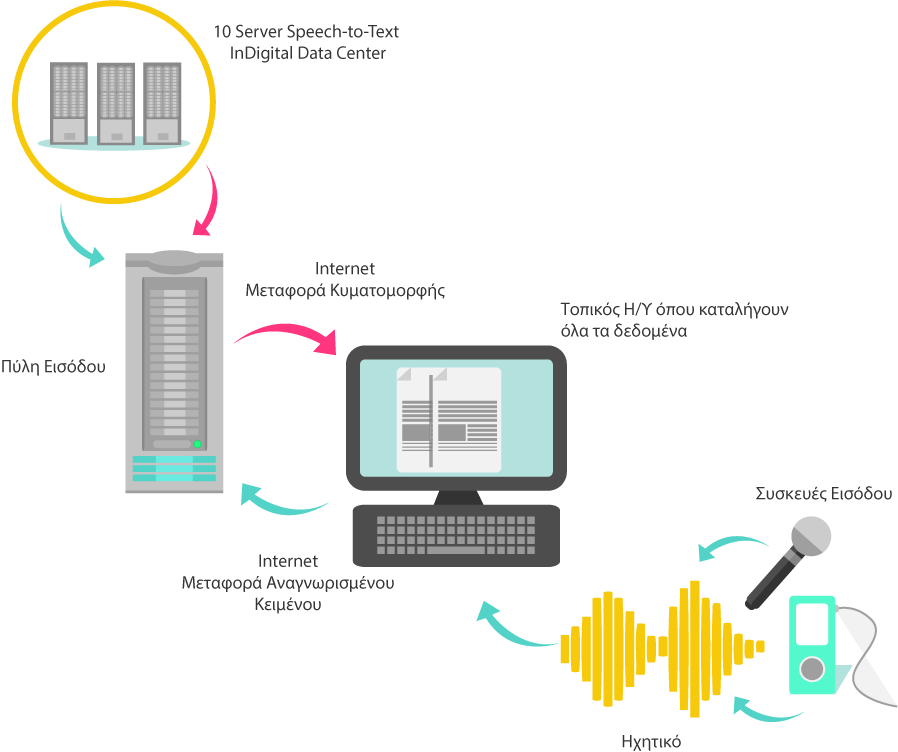